Why IOCs Are Moving Out Of Nigeria- Kyari 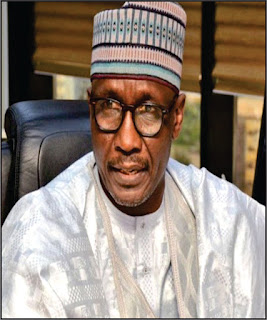 An explanation has been offered to pinpoint exactly why international oil companies are leaving Nigeria and shifting their business to other oil countries in Africa and elsewhere. Group Managing Director of Nigerian National Petroleum Company Mr. Mele Kyari has stated that the companies are moving to places where they may add value to the efforts towards carbon net-zero commitment an agenda of the current global Climate action programme to stem the impact of the earth warming reality.

Royal Dutch Shell in 2021 gave notice of  its plan to divest its onshore Nigerian oil assets in a bid to move to cleaner energy.

It said it was discussing with the federal government to sell its onshore oil assets in the country.

Another indigenous company, Seplat Energy recently announced it had entered into a contract with Exxon Mobil, to buy Mobil Producing Nigeria Unlimited’s entire oil assets in Nigeria. That includes all of Exxon’s entire shallow water assets in the Niger Delta.

“Companies are divesting. They are leaving our country. That is the best way to put it,” Kyaride.

“They are not leaving because opportunities are not here but because companies are shifting their portfolios where they can add value and not just that, but where they can also add to the journey towards carbon net-zero commitment.”

He said that transition must have sanity, and there must be justice in the energy transition.

He noted further that, the country must have “the most friendly fuel” in place in the next five to 10 years, while building its ability to use renewables.

“We can’t do without financing and we also know that there is a shortage of financing in this respect,” he added.

“Therefore, for us in NNPC, we are here to serve you. We are here to facilitate this process. We will work with our partners, and of course, you are seeing some of the consequences.

“We understand the necessity for divestment. We do know that there are issues. We understand that this must take place but also that it must be done in such a way that we can deal with issues around decommissioning and also make sure that whatever arrangement that is put in place ensures that we are also aligned along the energy transition journey that we are going to.”

However, persons and groups in the Niger Delta who have been in the forefront of a close to three decades campaign for environmental justice, environmental remediation and resource control for the peoples of the oil bearing communities, insist that the oil giants are moving away to avoid responsibility and restitution, for their role in the despoliation of the environment and the destruction of the life support systems of the oil bearing communities. Speaking on the move away of Shell and many of the oil majors, from onshore oil production to the seeming ‘no mans’s land’ of offshore production, a coalition of civil society organisations led by Environmental Rights Action, ERA/FoEN advised local oil companies to avoid inheriting the liabilities of the IOCs.

Executive Director of the Environmental Rights Action/Friends of the Earth Nigeria, Mr Chima Williams, while speaking at a briefing of civil society organisations, disclosed that Shell had launched a major divestment plan of its Nigerian assets in May 2021 through the company’s Chief Executive Officer, (CEO), Ben Van Beurden, saying it no longer views its activities in the Niger Delta region as core to its ongoing strategy.

Williams, explained that the real reasons behind Shell’s decision to divest are because of the decaying facilities of the company which has led to constant spillages and the realisation that it is no longer business as usual as victims use legal means to battle them.

He urged SPDC to make restitution to their victims before divesting warning that the would-be investors would only inherit assets and liabilities of Shell, if the pollution is not cleaned up in Ogoniland.

Besides the devastation of Ogoni and other communities in Rivers State, there is the life threatening devastation of Polobubo/ Opuama communities in Delta state where Chevron Nigeria limited in the 1970s constructed a canal from the Atlantic ocean into the community, introducing seawater that turned the fresh water ecosystem to saline system destroying the life support system of locals. No remediation has been effected more than 50 years after.