A group under the auspices of Great Benin Descendants (GBD) has called on the Edo State Government to immortalize Queen Iden by naming one of the public institutions in the state after her.

President of the group, Mr Izoduwa Marvis, made the call at an occasion organized to mark Queen Iden’s Day in Benin City.

He said Queen Iden symbolizes love, faithfulness and sacrifice and that her sacrifice for the Benin nation should not be forgotten. 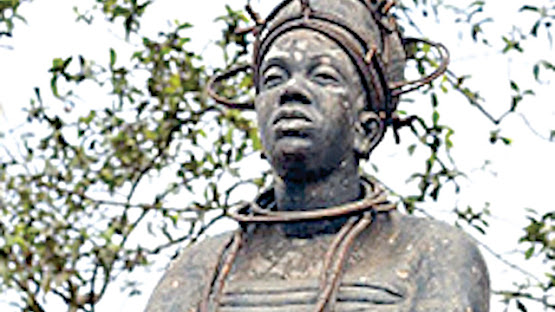 “We are here at her grave site, she came from Oka, Upper Sakponba in Ikpoba Ohka Local Government Area of the state. That is why we started the procession from her home town to her grave site. To be very sincere, no one knows the date she was born or the day she was sacrificed. Valentine celebration is a colonial ideology and we want to use a superior ideology of a woman who sacrificed herself for love to wipe out an immoral ideology of Saint Valentine, which is 14th February.

“We are hoping in the next couple of years, that the Queen Iden Day will take over the idea of Saint Valentine,” he stated.

Queen Iden was one of the wives of Oba Ewuakpe, the 26th Oba of Benin Kingdom that reigned from 1700 to 1712. She sacrificed her life so that her husband could live and for Benin Kingdom to be at peace. She was born in Oka village, currently part of the Upper Sokponba Road, Benin City and died at 27.