The Race To The Brick House: Appealing To The Conscience Of Rivers People To Present An Ogoni For The Office Of The Governor In 2023

I have called this press conference purposely to appeal to the two leaders of the two (2) political parties in Rivers State, namely His Excellencies Nyesom Wike and Rotimi Amaechi, leaders of the PDP and APC respectively. And my appeal is based on six (6) fundamentals of justice, equity, fairness, reason, conscience and political morality. They are the authentic basis for any State or country to exist in peace, grow and develop. 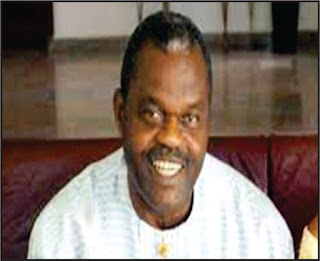 Rivers State was created on the 27th of May 1967 Fifty-five (55) years ago and for the first 20years of her existence, the Ikwerres, Etches, and Ogoni felt so marginalized that they came together to agitate for the creation of a Port Harcourt State. An agitation that was spare headed by Dr. Obi Wali, Chief Edward Kobani, Chief Okogbule Wonodi, Chief C.C. Nwuche, and Sir Francis Ellah, to mention but a few. Ikwerre and Ogoni felt equally threatened and believed that they shared a common destiny, (even though Ikwerre and Etche had produced the first two Deputy Governors in the persons of Dr. Frank Eke and Dr. Dominic Anucha.

Ogoni unfortunately, suffered a horribly devastating internal crisis resulting in the death of five (5) of our prominent leaders namely, Chief Edward Kobani, Chief Samuel Orage, Mr. Albert Badey, Theophilus Orage and Mr. Ken Saro-Wiwa, and over a thousand young men/women in varying circumstances. This resulted in a very deep divide between the families of the elders that were killed and those accused of their murder who were, subsequently executed by the government.

The pains and anger of that tragedy has persisted till date. Quantum physics states that there is no isolated event in life, everything in life is related. Hence according to Bobby Kennedy, “tragedy is a tool for the living to gain wisdom.” Unfortunately, our own tragedy has left us more foolish than we started.

And in that internecine crisis, and at our lowest morale, every government in Rivers State instead of helping to heal the wounds, has taken advantage of our weakness and continued to water the seed of disunity and disinformation to keep Ogoni in perpetual subjugation almost to the level of political slavery. We don’t even decide who should represent us in any election or speak for us in our internal issues. Government decides.

And to make matters worse, the present Government, has  unwittingly further widened the divide by taking sides with one faction and turning around to blame the entire race for not uniting when in fact, the government is fueling the disunity. Unity has become the excuse for our marginalization. This is mischievous-and unfair and  (bothers) on wickedness.

I want to ask the two Political Party leaders, if unity was the criteria for concession of political power, how united was the Ikwerre tribe when Dr. Peter Odili handed over power to the Ikwerres? They were far from united but he simply did it because it was expedient.

Also at the national level, following the annulment of M.K. Abiola’s election and his subsequent death, the federal government conceded the Presidency to the Yorubas and both Parties had to choose a candidate from the west amidst the obvious disunity in the West. It was not done because the Yorubas were united, it was done because it was expedient.

In the 55 years of Rivers State, every political block has at one time or the other headed one or two or all three of the arms of  the Government.

The Ikwerre/Etche bloc has produced:

One (1) Speaker of the State Assembly – Rotimi Ameachi

The Orashi Bloc has had:

One (1) Speaker of the State Assembly – Stephen Ezekwem

One (1) Chief Judge of the State – Hon. Justice Ichoku

One (1) Chief Judge of the State – Justice Donald Graham-Douglas

Positions – Zero (o), No  Governor, no Deputy Governor, No Speaker, No Chief Judge after 55 years of the State’s Existence.

Can I ask these two Gentlemen who run the parties in Rivers State, “If you were from Ogoni, would you be happy to be called “fellow citizen(s)” of Rivers State? This is a matter of conscience and I would like to know who in his right mind has the moral high ground to claim that Rivers State has been fair to all concerned.

I had forgotten all about the events of 1999 until Governor Wike brought it up at Bori on the day he was being conferred with the chieftaincy title of MENE KWALENU I (King that Does Good things) of Ogoni.

Wike said, “My political history cannot be complete without the mention that in 1999 when I ran my first election, it was an Ogoni man that came to my rescue when the Ikwerre people thought it was all over for me”. For reasons only known to him, Governor Wike has demonstrated in speech, body language and actions, that he is at best contemptuous of Ogoni people, otherwise I sometimes feel he hates us.

Nonetheless, there is an undeniable streak of kindness in him also, which is the side of him I am appealing to. Will it not be spiritually rewarding to reciprocate the good gesture of  “that” Ogoni-man for the Ogoni people?

There must be someone amongst his minions from Ogoni that he can trust to continue the works he has started. Also, Governor Amaechi during his own tenure, mortgaged the whole of Ogoni to one or two of his own  Ogoni minions who were ready to lay down their lives for him. Will it not be also spiritually rewarding for him to reciprocate such loyalties for Ogoni people?

If the issue of unity is still a problem, I thank God, Dr. Peter Odili is still alive, they may need to consult him on how to hand over government to a ‘disunited’ people.

May God bless the Governors of Rivers State past and present.

Former Senator of the Federal Republic of Nigeria, former President of KAGOTE (1991-92)